Please read this important letter from the CATE President and Board of Directors regarding CATE 2021 and CATE membership. 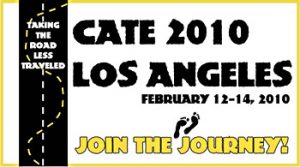 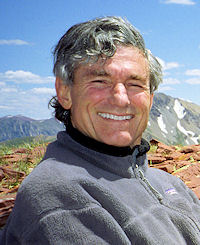 “In everything I do,” says T. A. Barron, “I’m a storyteller. As a dad, a writer, a documentary film maker, a conservationist, and a voice for the importance of heroes—in all these ways, I tell stories. Why? Because there is no more powerful—or more exciting—way to convey an idea than through a story.”

T.A. Barron grew up in Colorado ranch country, traveled widely as a Rhodes Scholar, managed a successful business in New York, and then changed careers to become a full-time writer and conservationist. His passion for the wonders of nature, his deep concern for humanity and our fragile planet, and his belief in the heroic potential of every person, radiate through his books—many of which are international bestsellers.

From the attic of his Colorado home, he writes powerful, poetic, and inspiring books enjoyed by children and adults alike.

His highly acclaimed work has garnered the Nautilus Award Grand Prize, given to books that promote a better world, as well as many other book awards and honors from the American Library Association and the International Reading Association. In the words of author Madeleine L’Engle, T.A. Barron’s books are “a rare gift to be treasured for a lifetime.” Robert Redford declared that “T.A. Barron’s appreciation for nature shines through” his “extraordinary” work. And Book Sense labeled his books “the best of the best that is being written in children’s literature.”

T. A. Barron’s novels include: The Lost Years of Merlin epic (currently being developed into a feature film); the new Merlin’s Dragon trilogy; The Great Tree of Avalon trilogy (a New York Times best seller); and The Ancient One (the story of a brave girl and a great redwood tree). He has also written several books for young readers, including Tree Girl and the illustrated children’s books High as a Hawk, The Day the Stones Walked, and Where is Grandpa?. He greatly enjoys any chance to write nature books about Colorado’s magnificent wilderness. His non-fiction book, The Hero’s Trail, describes how any person from any background can make a positive difference to the world.

T.A. Barron also founded a national award to honor outstanding young people. The Gloria Barron Prize for Young Heroes (which he named after his mother) recognizes extraordinary, public-spirited young people from all backgrounds, in the hope that their examples will inspire others. He produced a documentary film, Dream Big, profiling seven young winners of the Barron Prize.

In addition, Tom (as he is called by friends and family) serves on many boards. These include the Princeton University board of trustees, where he helped to found the Princeton Environmental Institute; and The Wilderness Society, which recently honored him with its highest award for conservation work to protect America’s wilderness. Barron often speaks about “The Hero in Every Child” and “The Inspiration of Nature” at conventions, book events, universities, and community gatherings. But his favorite pastime remains hiking on mountain trails in Colorado with his wife, Currie, and their children. 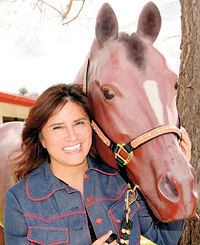 Named by Newsweek as “One of the Top Young Women to Watch for in the New Century,” Michele Serros is the author of Chicana Falsa and other stories of Death, Identity and Oxnard, How to be a Chicana Role Model, Honey Blonde Chica, and her newest young adult novel, ¡Scandalosa!

Serros has written for The Los Angeles Times, Ms. Magazine, CosmoGirl, and The Washington Post and contributes satirical commentaries regularly for National Public Radio (Latino USA, Morning Edition, Weekend All Things Considered, Anthem, Along for the Ride, and The California Report). An award-winning spoken word artist, she has read her poems to stadium crowds for Lollapalooza, recorded Selected Stories from Chicana Falsa for Mercury Records, and was selected by the Poetry Society of America to have her poetry placed on MTA buses throughout Los Angeles County.

Michele was still a student at Santa Monica City College when her first book of poetry and short stories, Chicana Falsa and other stories of Death, Identity and Oxnard, was published. When the original publisher of Chicana Falsa ceased business, Michele continued to sell copies from her garage. In 1998, Riverhead Books (Penguin/Putnam) reissued Chicana Falsa and as well as How to be a Chicana Role Model. The latter instantly became a Los Angeles Times bestseller.

In 2002, Michele wrote for the ABC television sitcom, The George Lopez Show. “An opportunity,” she says, “that hopefully with my contribution opens the door for a wider representation of Latinos in the mass media.”

Photo with Michele and the horse by Marie Gregorio-Oviedo 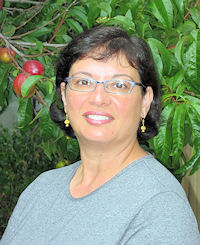 Sonia Nazario has spent 20 years reporting and writing about social issues, most recently as a projects reporter for the Los Angeles Times. Her stories have tackled some of this country’s most intractable problems: hunger, drug addiction, and immigration. She has won numerous national journalism and book awards. In 2003, her story of a Honduran boy’s struggle to find his mother in the U.S., entitled “Enrique’s Journey,” won more than a dozen awards, among them the Pulitzer Prize for feature writing, the George Polk Award for International Reporting, the Grand Prize of the Robert F. Kennedy Journalism Award, and the National Association of Hispanic Journalists Guillermo Martinez-Marquez Award for Overall Excellence. Expanded into a book, Enrique’s Journey became a national bestseller and won two book awards. It is now required reading for all incoming freshmen at 21 colleges and dozens of high schools across the U.S. and is being made into a movie by Lifetime.

In 1998, Nazario was a Pulitzer Prize finalist for a series on children of drug-addicted parents. And in 1994, she won a George Polk Award for Local Reporting for a series about hunger among schoolchildren in California. Nazario has been named among the most influential Latinos by Hispanic Business Magazine and a “trendsetter” by Hispanic Magazine.

Nazario, who grew up in Kansas and in Argentina, has written extensively from Latin America and about Latinos in the United States. She is now at work on her second book.

She began her career at The Wall Street Journal, where she reported from four bureaus: New York, Atlanta, Miami, and Los Angeles. In 1993, she joined the Los Angeles Times. She is a graduate of Williams College and has a master’s degree in Latin American studies from the University of California, Berkeley. 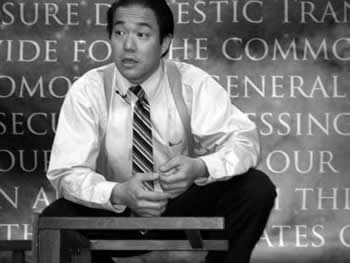 Dinner will include a buffet in the hotel; the theatrical experience will include East West Players’ Theatre for Youth touring production of DAWN’S LIGHT: The Journey of Gordon Hirabayashi by Jeanne Sakata. During the Japanese internment of WWII, college student Gordon Hirabayashi fights to reconcile his country’s betrayal with his Constitutional beliefs as he journeys toward a greater understanding of America’s triumphs and failures.

East West Players’ Theatre for Youth was created in the early 1970s to promote cultural understanding and racial tolerance among youth and offers new ways to see the world through performance-based and participatory theatrical programs that stimulate students to discover Asian Pacific people and cultures. 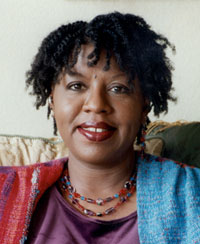 New York Times bestselling author Nikki Grimes is the recipient of the 2006 NCTE Award for Excellence in Poetry for Children. Her distinguished works include ALA Notable book, What is Goodbye?, the novels Jazmin’s Notebook, Dark Sons,and The Road to Paris (Coretta Scott King Author Honor Books). Creator of the popular Meet Danitra Brown, Ms. Grimes lives in Corona, California. 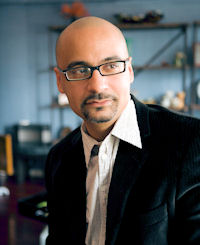 Junot Díaz was born in Santo Domingo, Dominican Republic and is the author of Drown and The Brief Wondrous Life of Oscar Wao which won the John Sargent Sr. First Novel Prize, the National Book Critics Circle Award, the Anisfield-Wolf Book Award, the Dayton Literary Peace Prize and the 2008 Pulitzer Prize. His fiction has appeared in The New Yorker, African Voices, Best American Short Stories (1996, 1997, 1999, 2000), in Pushcart Prize XXII and in The O’Henry Prize Stories 2009.

He has received a Eugene McDermott Award, a fellowship from the John Simon Guggenheim Memorial Foundation, a Lila Acheson Wallace Readers Digest Award, the 2002 Pen/Malamud Award, the 2003 US-Japan Creative Artist Fellowship from the National Endowment for the Arts, a fellowship at the Radcliffe Institute for Advanced Study at Harvard University and the Rome Prize from the American Academy of Arts and Letters. He is the fiction editor at the Boston Review and the Rudge (1948) and Nancy Allen professor at the Massachusetts Institute of Technology. 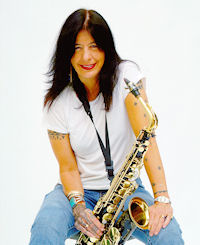 Joy Harjo was born in Tulsa, Oklahoma and is a member of the Mvskoke (Creek) Nation. Her seven books of poetry include She Had Some Horses, The Woman Who Fell From the Sky, and How We Became Human, New and Selected Poems. Her poetry has garnered many awards including a Lila Wallace-Reader’s Digest Award: the New Mexico Governor’s Award for Excellence in the Arts, the Lifetime Achievement Award from the Native Writers Circle of the Americas; and the William Carlos Williams Award from the Poetry Society of America. She has released three award-winning CD’s of original music and performances: Letter from the End of the Twentieth Century, Native Joy for Real, and She Had Some Horses. A song from her forthcoming CD, Winding Through the Milky Way, just won a New Mexico Music Award. She has received the Eagle Spirit Achievement Award for overall contributions in the arts, from the American Indian Film Festival and a U.S. Artists Fellowship for 2009.

She performs internationally solo and with her band Joy Harjo and the Arrow Dynamics Band (for which she sings and plays saxophone and flutes), and premiered a preview of her one-woman show, Wings of Night Sky, Wings of Morning Light at the Public Theater in NYC and opened at the Wells Fargo Theater in LA March 2009. She co-wrote the signature film of the National Museum of the American Indian, A Thousand Roads. She is a founding board member of the Native Arts and Cultures Foundation. Harjo writes a column “Comings and Goings” for her tribal newspaper, the Muscogee Nation News. She lives in Honolulu, Hawaii where she is a member of the Hui Nalu Canoe Club and in Albuquerque, New Mexico.

Photo with saxophone by Paul Abdoo